There is sound everywhere you go every day, whether it is the news, music, advertisements, or something else. All these sounds are coming out of some sort of loudspeaker in order to reach your ear. Other electronic gadgets such as televisions, radios, computers, intercoms, talking toys, and mobile phones are just a few of the things that use loudspeakers to create sounds.  So, what are loudspeakers and how exactly do they work?

What Is A Loudspeaker?

A loudspeaker is a device that takes electrical audio signals and converts them into sound. It was in the year 1924 when the dynamic speaker was first invented by Edward W. Kellogg and Chester W. Rice. It was used to create sounds from electrical signals. Speakers are generally placed inside a speaker cabinet or a speaker enclosure. This is often a rectangular-shaped box that was initially made of wood but now is made with plastic as well.

How Loudspeakers Turn Electricity Into Sound?

Once the loudspeaker gets hooked up to a stereo, there are electrical signals that go through the speaker cables and into the coil. Hence, the coil is turned into a magnet or an electromagnet on a temporary basis. When the electricity is flowing back and forth within the cables, then the electromagnet will either be attracting or repelling the permanent magnet. This results in the coil moving backward and forward as it pulls and pushes the loudspeaker cone. The moving cone is pumping the sounds out in the air.

What Causes Speakers To Make Sounds Of Different Volume And Frequency?

What Are The Different Parts Of A Loudspeaker And What Do They Do?

The loudspeaker is made up of several different parts that help it in creating the sound that it makes.

1. The Diaphragm or The Cone

This crucial component of the loudspeaker is responsible for determining the frequency response and the overall sound it is going to have. Oftentimes, this component is made using lightweight materials and it works with the voice coil of the loudspeaker. When a person hears music or any other sound coming out of the loudspeaker, it is the diaphragm that is pushing the air in and out in order to create that sound.

This component is basically a cover that is fixed onto the center of the cone of the loudspeaker. The main job of the dust cap is the protection of the cone in order to keep all dust and debris out of it.

3. The Surround Or The Front Suspension

This component is a flexible ring, which helps in keeping the cone or diaphragm from moving in different directions, while it allows the cone and the voice coil to vibrate freely.

This component’s job is to preserve the voice coil. Plus, it helps in keeping all of the loudspeaker’s interior parts stay in their right places. The spider is part of the speaker’s suspension system as it works with the surround.

This component is a wire that is wrapped around a cylinder of the loudspeaker. The job of the voice coil is to work together with the permanent magnet plus its magnetic field in order to move the diaphragm backward and forward, which is going to create the sound.

This component is a metal frame whose job is to hold the speaker assembly altogether.

This component is basically the loudspeaker’s driving force that is seen pulsating. The magnet is made from several types of materials such as ferrite and neodymium.

The driver is also known as the speaker assembly. Its job consists of converting line-level voltage from the amplifier of the loudspeaker into sound. It does that by pushing and pulling the air molecules in waves.

This is the location where the driver is fixed. These enclosures come in a variety of different designs.

The technology of loudspeakers is quite interesting when studied in depth. Designing a loudspeaker can be a complicated process, but the end result is always rewarding. If it weren’t for the invention of loudspeakers, the human ear would have been deprived of the many remarkable sounds the loudspeaker is able to create. If you love music, you love good sound.

Vinyl records have been around for ages and are still considered as something of high value. People have been... read more

Intricate Parts of a Turntable

A turntable is a device for playing sounds. It includes a platter that spins and a cartridge which picks... read more

It was in the 1800s when the speaker was officially introduced into the world. Of course, since then it... read more

Top Tips on Choosing a Turntable Cartridge or Stylus

Do you still enjoy collecting vinyl records? If you answered yes, then you are in the right place. Turntable... read more 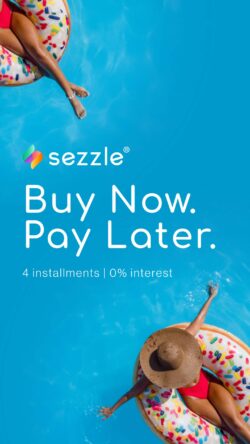