Our Resident Dj Specialist is here to assist with any questions you may have.
He has years of experience, is an active DJ, and has a very high level tech background.
A true asset to Dead Short Audiophonics.

I got into DJ ‘ ing since the ripe age of 12 years old, first with collecting my first records to scratching on my first turntable. But I was born with the love of music, and also played various instruments during my childhood.

Even though I don’t play those instruments anymore I still have them. However, I found a new love in building a record collection. I ‘ ve purchased vinyl from various places but the majority of my collection was purchased initially from Vintage Vinyl in Regina , SK.

It started off with making mix tapes, then mix CD’s when the technology became available. Then I started spinning underground jams at an underground hall called The Black Market from the age of 16. Once I turned 19, then I was able to play in actual clubs.

During my DJ career I’ve spun at various types of events and had the opportunity to participate in my first DMC competition in 2003. This earned me a 1 st place for my region to continue to the finals. I currently host two radio shows on Regina ‘ s community radio station 91.3fm CJTR. I also provide mix shows for Frontline Radio which is based out of England and broadcasts over the internet. These radios shows are entitled Midas Touch which is a R&B mixshow and Old Skool Jamz which is primarily Funk, Disco, Soul and Electro hosted together with DJ Puma as the Indestructible Record Shufflers (I.R.S). Urban Blends is hosted on Frontline Radio which is a combination of R&B, Reggae, Soca and Hip-Hop. There is also a segment called Frontline 30-Minute Quick Mix which are various half hour segments mixed throughout the day.

Earlier in 2008 I was presented with an opportunity to be involved with a project at the University of Regina . The Media and Performance center was built which consists of a DJ Lab and Beat Lab. I was responsible for setting up the DJ stations, presenting Traktor Scratch at their DJ Technology seminar and now teaching DJ classes at the Flatlands Scratch seminars.

The DJ lab has been upgraded with Traktor Scratch Pro systems and workshops have been commencing. Digital Vinyl technology has progressed greatly and is a main tool used in the DJ field to open a world of creativity and to make travelling much easier for the DJ.

Now in 2011, Video visuals have been made possible via projector, portable widescreen display and Serato Scratch Live /w Video-SL. Beat making has been added to the arsenal via Native Instruments Maschine product since mid 2010. CD duplication and printing services became available early 2010 as well.

Coming into the year 2012, a project that was theorized has now come life. Quartz Radio Online was launched in January 2012 which consisted of extending the web based player to a mobile app platform for iPhone/iPad/iPod, Android and Blackberry Playbook. There is a release planned for legacy Blackberry, Windows Phone and Game Console platforms as well.

In 2012, I also was voted into the role of Music Manager for the CariSask organizing which hosts a yearly event called the CariSask Carnival. My responsibilities in this role are, communicating with the performers making sure their equipment needs are met, negotiating performance contracts as well as DJ’ing the parade float and after party events. 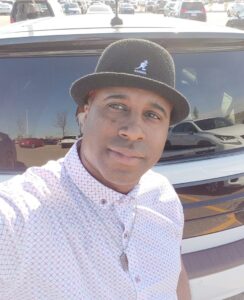 Two event projects were started this year as well, Jammin’ @ Jamdon’s which is a bi-weekly Friday night event at Jamdon’s Restaurant & Catering which provides a unique Caribbean Lounge environment. This event is a precursor to the Mosaic Caribbean Pavilion which occurs annually and for the first time will have an after party which will donate funds back to the Saskatchewan Caribbean Canadian Association which is the founding organizing of this pavillion.

The first DJ workshop hosted at Long & McQuade Musical Instruments in many, many years. It was a great success and we’re all looking forward to having another workshop in the near future.

In 2013, A mobile app project called ‘Quartz Radio Online’ was created which now runs on IOS, Android, Windows Phone and Blackberry 10 devices. It’s a free mobile app and will be further developed into the future.

Shortly after Crowd Control was created which houses MC Dee who is an emcee but also a talented Host, this provided opportunities to open for artists, such as Xzibit, Royce 5′ 9, Masta Ace, Swollen Members, Raekwon, and many others.

In 2014, I won the King of the DJ competition that was hosted in Saskatoon and also made it to the Redbull ThreeStyles competition later that year. Prior to this I had become the resident DJ at the Habano’s Martini Club in Regina which has allowed me to spin with various DJ from around the globe. DMC Canada gave me a chance to be a judge in the Calgary Elimination event at the Canadian DJ Show which was a great experience.

From 2014, I covered many different types of events from Club, Weddings, Private, Corporate and becoming one of the DJ’s for the Saskatchewan Roughriders.

In late 2018 I relocated to Alberta and continued and had the opportunity to DJ the Riderville Event at Grey Cup 2018 in Edmonton. At this time I took a Hiatus however continued to practice and DJ private events.

In February 2020 I placed 3rd in the Skratcher Edmonton DJ competition. Shortly after the Covid-19 pandemic happened.

I am eager to get back to, entertaining crowds and having fun. In the meantime, keep an eye out for occasional mix series and new projects on the rise.